A friend had two notebooks running Microsoft XP Home and Professional editions in which the notebooks were no longer functional but the hard drives were in good shape so I recommend running them in a VM guest. I knew I could use VMWare converter tool that was freely available and it supports converting from live hosts and images created from several software programs. I was disappointed to find that VMWares converter would not convert from Ghost enterprise (*.gho) images, but the latest version of Symantec Norton Ghost 14.0 would so I created images of the drives. 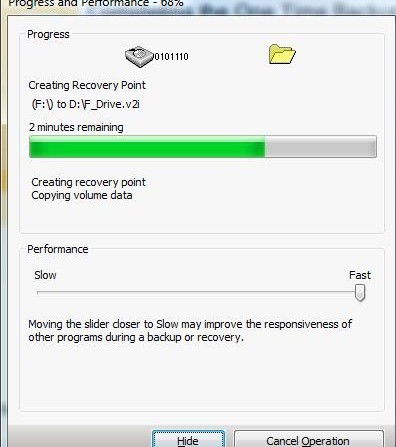 After the images were created I next fired up VMWares converter and let perform its magic. 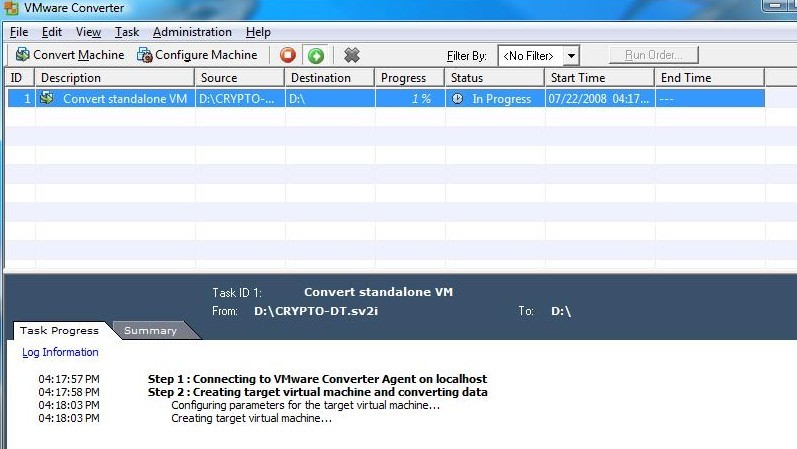 This operation performed flawlessly. I ran both notebook images with two hitches, I had to reactivate both XP installations because running the guests inside VMWare workstation caused the operating system to assume it was running a different hardware but this wasn not a big deal. The second problem was trying to run the guest operating systems in VMWares free server product. I received an error message that the guest were created with more capabilities then what VMWare server could handle so the friend decided to purchase the workstation product in order to run the products.